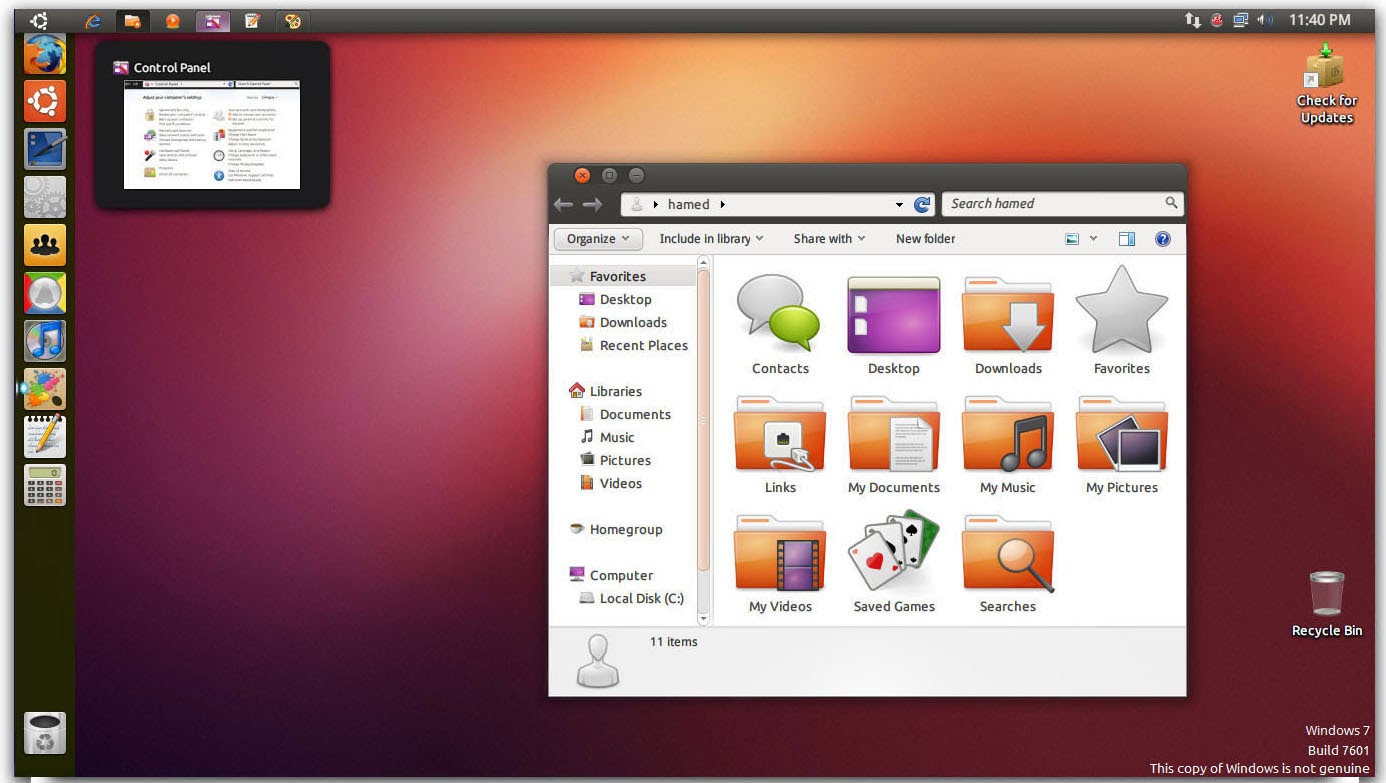 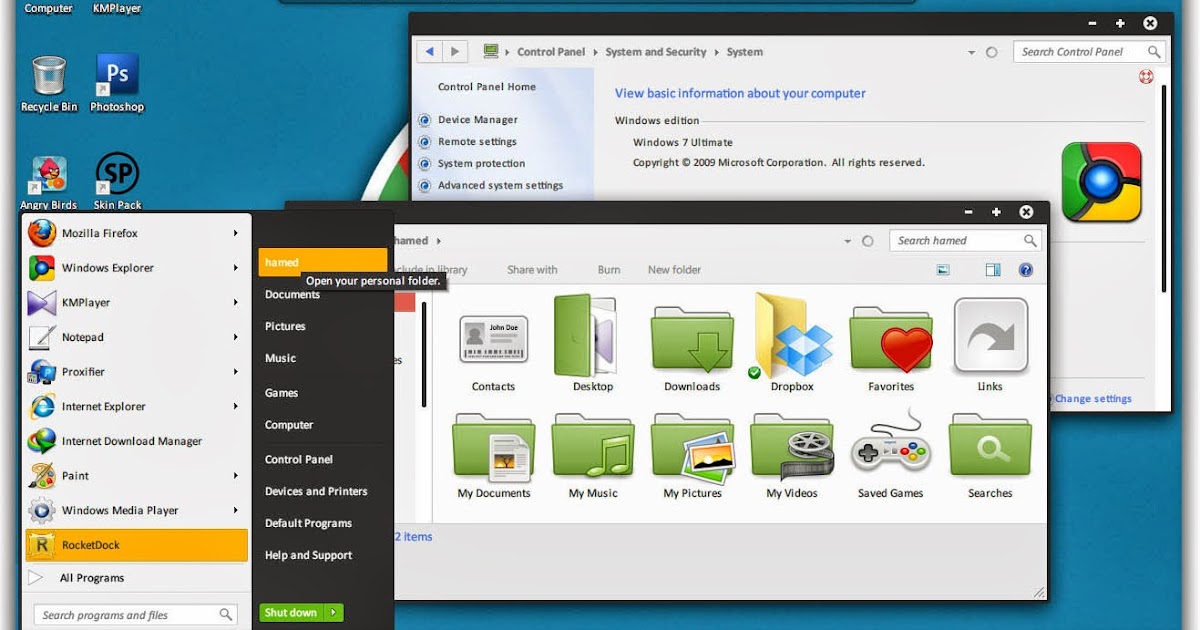 Ubuntu Skin Pack is an installer that will change your Windows XP appearance to an Ubuntu 10.04-like theme. This is a good choice for those who love the most popular Linux distro, but for whatever reason need to work on Windows.
The installation process is very easy. Once you have the installation running, you need to choose which components you want this pack to transform. By default, the three main categories are selected. Those categories are: uxtheme.dll, files and extras, which are going to be patched into the new Ubuntu files.
Uxtheme.dll needs to be patched to allow the use of 3rd party visual styles. The Files category patches all DLL (shell32, photowiz), EXE (notepad, cmd) and CPL (firewall, timedate) files. The Extras category installs cursors, sounds, screen saver and such.
After the installation is completed, you will need to reboot your PC for the changes to take effect.
The results are pretty amazing. Feels like if my PC is running a little bit faster. And because the Ubuntu appearance is almost composed of two colors with little or no gradients, your graphic card, or chipset, will run a bit smoother.
It would have been nice if the boot screen were like the one in Ubuntu, but that implies disabling Automatic Updates. Now we have the folders in the Windows Explorer, desktop, cursors and everything looking like Ubuntu.
Not so many people, especially those who are not familiar with the Ubuntu looks, will like this theme, as the appearance of Ubuntu is not so colorful as the one in Windows XP. So, if you are not really into Ubuntu, I don't think this theme is suited for you. If you install it you might end a little bit disappointed.
As expected, all of this changes are completely reversible, as Ubuntu Skin Pack creates a backup of all the files modified. So you can uninstall it at any time.
This skin pack offers support for Windows XP (all versions), XP Tablet PC Edition, Server 2003 (all versions), Media Center (2003/2004/2005), 32 or 64-bit, all languages. The author recommends best a 32-bit version of the OS.