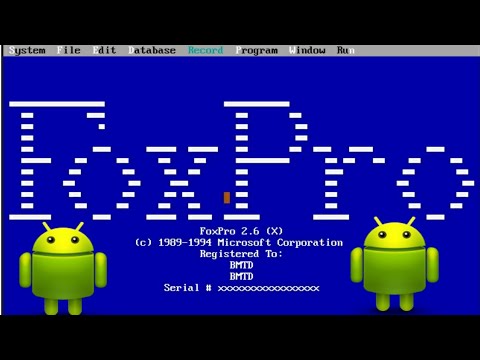 Shortly after MS Windows Vista was released in , we were contacted by a long-time VPM user who was still selling an application that he created years ago with Visual ProMatrix and Visual FoxPro One of this developer’s customers had reported problems running the VFP application in Windows Vista. Upon researching the problem, it became clear that this VPM developer would need to upgrade his VFP application to VFP as quickly as possible so that customers using Vista would be able to continue using the developer’s application.

However, in recent months we've had more and more ProMatrix developers with old pre-VPME apps telling us that their customers are switching to Windows 7 and the developers' old apps won't run in Windows 7. Apparently, the customers of these ProMatrix developers didn't switch to Vista (which was common), but are now switching to Windows 7 and the compatibility problems are only being found now. So, it is definitely time to resurrect a discussion of this issue and its solutions.

Microsoft has acknowledged that Visual FoxPro is the only VFP version that they found to be % compatible with Vista (gwd.es).

MS tested VFP with Vista and reported that they found compatibility issues. MS did not test earlier versions of VFP because when Vista was released, MS no longer supported VFP versions earlier than VFP

To the best of our knowledge MS has not similarly tested VFP in Windows 7. However, all the anecdotal evidence appears to suggest that VFP is the only VFP version compatible with Windows 7. Further, Windows 7 compatibility problems appear to get worse the earlier the VFP version in which an application is created. For example, applications created in VFP apparently experience more problems than those created in VFP

In Microsoft strongly recomended upgrading to VFP SP1. Accordingly, we all had ample warning that applications created in earlier VFP versions will have problems in Vista and future windows versions.

We know that many Visual ProMatrix users still have applications in use that were created in pre-VFP versions of Visual ProMatrix. While ProMatrix has always recommended keeping your applications up-to-date with new VFP and VPM releases, many VPM developers have had the philosophy that “if it ain’t broke, don’t fix it.” The fact that many of the users of applcations created in older VFP versions did not upgrade to Vista merely kicked the problem down the road. Now that those users are upgrading to Windows 7, the developers of those applications are finding themselves in an emergency situation that could have been avoided by staying current with VPME and VFP.

As fast as technology changes these days, the “if it ain’t broke, don’t fix it” philosophy is almost certain to lead to crisis. We saw a similar crisis in the ’s when developers were forced to convert their FoxPro DOS apps to FoxPro for Windows. Many developers went out of business because they did not convert to Windows soon enough.

It’s far better to climb the occasional hills involved in keeping applications upgraded to the latest releases of your application development tools and operating systems than to be forced to scale the mountain that suddenly appears when your tools become obsolete.

If you have pre-VPME applications in use and if it would present a problem for you if those applications couldn’t run in Windows 7, you need to do something now because your customers and people in your organization will be buying new computers with Windows 7 or will be upgrading to Windows 7. Those folks won’t be happy if they find that your applications do not run properly in Windows 7.

So, what do you do? Well, we suggest that you choose one of the following 2 solutions:

Solution 1: Let ProMatrix Do It

It may be more time and cost effective to let ProMatrix convert your pre-VPME app to run under Windows 7.

If the people who created your application are no longer around or if your staff isn't familiar with Visual FoxPro or Visual ProMatrix Enterprise, ProMatrix can do the conversion for you.

There's nobody who knows VFP and VPM Enterprise better than the ProMatrix staff. We can convert your app to run under Windows 7 in a fraction of the time it would take to do it yourself.

End Product Deliverables: When we complete the conversion for you, we provide the following:

Request Quote: If you would like ProMatrix to provide a quote of our fee to handle your conversion, simply send an email to This email address is being protected from spambots. You need JavaScript enabled to view it. and tell us you would like a quote. We will then let you know what we will need from you to provide a quote. Generally, all we need are your application's VPM project files and executable files. Those files are also what we would need to do the conversion.

Solution 2: Do It Yourself

To convert your pre-VPME app to run under Windows 7 yourself, here's an overview of what we recomnd that you do:

Note: Your VPME application will include new functionality, including the ProMatrix Multilingual Toolkit and Source Control Kit.

VPME is the latest and greatest ProMatrix framework for Visual FoxPro But in our suggested solutions, we recommend that you upgrade to VPME The reason that we recommend VPME , instead of VPME , is that we assume your main objective would be to have your application running in Windows 7 as quickly as possible. Upgrading to VPME is simply the quickest and easiest way to achieve that objective.

Later you can consider whether you want to go farther and upgrade to VPME Certainly any new applications you create should be created in VPMEa. 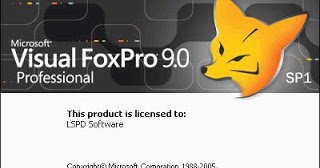