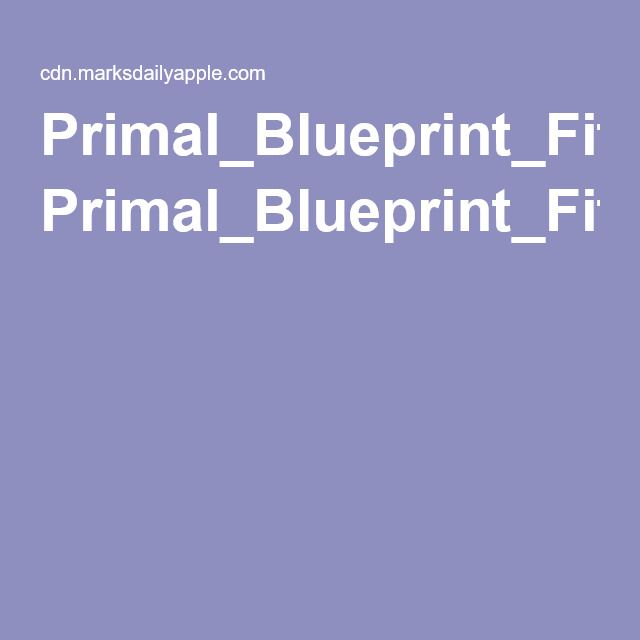 Writing this, it reminds me of the book reports we used to do in school!

I wanted to share what I thought of The Primal Blueprint by Mark Sisson because I found it truly useful, even as a paleo veteran.

Before I begin on the actual review part I want to tell you why I was drawn to the book in the first place.The truth is that as my health has improved, the goal of getting fit has been on the forefront of my mind. If you read my last post, 365 Days of Paleo, you know that I have achieved amazing things in the last year, healing my body through the AIP, three Whole30’s, and loosing forty pounds. I am proud of myself, but I know my work is not done.

I’ve had a hard time finding a place for carbs in my diet; I was either going too low or too high. I also was a little lost on how to approach physical activity with an AI disease: how much to work out and when. Too much and I flare, too little and I loose muscle definition, gain weight etc.
When I ran across marksdailyapple.com , they had a little pop up window that said if you subscribe for the newsletter now you will receive an E-book with the Primal Blueprint workout. Just the tone that Mark set was awesome, so enthusiastic yet realistic. Right then and there I ordered the book. What was so appealing about this workout routine was that the basis of it is constant, slow movement. I can do that.

As a mom who runs around with a three year old all day, playing, hiking, at the beach, cooking or cleaning, I’m always on the go. Now I had guidance, especially in the strength training part. With a few simple movements, that I could do at home, I could change my current situation. (PS. PLANKS ARE LIFE CHANGING). Even with eating paleo for a year, even with healing through the AIP, I still wasn’t THRIVING as often as I wanted too. I know that being active has a lot to do with that, I know how important strength training is for hormones, for burning fat, for being strong. I just had zero knowledge of where to begin, zero time for going to the gym, and zero funds for a personal trainer. Enter: Mark Sisson. Problem solved. It’s kind of like having a personal trainer.
So the E-book was awesome, I started doing the Grok workouts as I call them, making that extra effort to keep moving. Then The Primal Blueprint came in the mail, so let’s talk about that gem.

The book is definitely geared at convincing people who live conventional lives, people who still swear by high fiber, low fat, whatever the doctor says, old school food pyramid, it’s geared toward teaching them and ultimately proving to them that Conventional Wisdom is wrong, and it will make them sick. For me, who has been anti “the establishment” for a long time, it was more of a “heck yeah!” than an “aha!” none the less, appealing to read. I commend Mark on being to brave and bold to present such a strong attack on Conventional Wisdom. I do LOVE the nod to extended breastfeeding and its place in a healthful lifestyle, as a mother who nursed her son for two years; I’m a huge proponent of full term nursing. Mark really paints a complete picture of what optimal health looks like.

For the sake of transparency I do want to say that the only reservation I had about all the claims to feeling amazing, how Primal Blueprint was the key to feeling youthful even in your fifties and sixties was that Mark was been a professional athlete. This is someone who has been active his whole life and although he goes in to detail on how his chronic cardio and pushing his body so much in his youth eventually made him sick. I would say that an “unhealthy” athlete would have a much easier time reaping the benefits of TPB than someone who was sedentary, and overweight. Like my husband, who has been wearing the same uniform size for his whole Navy career, although he often eats like crap, or drinks beer. When he got in to cycling and started eating more and more of my food, he went from a thin, unhealthy person, to a six pack (no the beer kind) toting ball of energy in a matter of weeks (damn him, I know!). Then of course there are the testimonials, and the very realistic goals. While of course it’s a nice thought to be a tone, tan, lean, fat burning beast, Mark does express that that will look different for everyone, that some people might have to push their body past homeostasis to get there. Being healthy and fit for your body might not look like the cover of a magazine. I like the honesty; I like the realistic approach to a healthy lifestyle. My reservations were put aside.

The back bone of the book is a comparison of modern day man’s life with the primal man’s life. Have we really evolved? Were our ancestors really unhealthy cave dwelling beasts? No. Grok (the books hero), was an intelligent, active man with superior health and adaptability skills. While modern man’s sedentary, over medicated, over stimulated lifestyle is a recipe for chronic disease. The moral of the story: live like Grok! Move often; eat plants, animals, seeds, nuts. Keep it fun, spontaneous and intuitive.

Mark lays out the TPB 10 rules. Simple, straightforward guidelines to living like Grok.Of course one is eat plants and animals, but these guidelines are so much more than a way of eating, they really encompass all aspects of daily life to help you create a primal lifestyle. Lifestyle changes, that’s the key. In a humorous, friendly tone Mark explains over and over how the key is to make these changes lasting.

While there is a big emphasis on eating, moving, living intuitively in the book, there are specifics too. Which, I found useful. Once you have your routine, your rhythm down pat, it’s easy to go off intuition, but as with any changes it’s important to have a manual at the beginning. It’s like he’s given us the rule book, for us to use as long as we need it. A crutch to lean on during the transition, with the goal of eventually running free without it.

A huge help for me was the breakdown of the macronutrients. The in-depth explanation of how carbs affect our bodies, our hormones and insulins role in the whole thing. Along with specific dietary strategies to lose weight or maintain weight. I’ve been aiming to keep my carbs in the “weight loss” sweet spot. I’m not suffering, I’m eating well, per usual. This nutrient breakdown seems to be really working for me. Days I feel a little tired, I usually need more protein, days I’m a little hungrier I need more fat. All the information is there, you just have to look.

My goal is to track my macros until is see quantifiable results (Which, I of course will report back with), and until these changes are muscle memory, second nature to me: intuition. Then I’ll ditch the FitnessPal app and truly be living primal!
I’d like to finish with one last thought: above the information, the knowledge gained reading TPB, my biggest takeaway, the greatest gift has been the confidence and inspiration to really go for my goals. Not feeling overwhelmed and hopeless about it. Because I have been at this for a while, because I saw such great results last year and am getting out of this six month plateau rut, this book has been a breath of fresh air that has reignited my resolve!