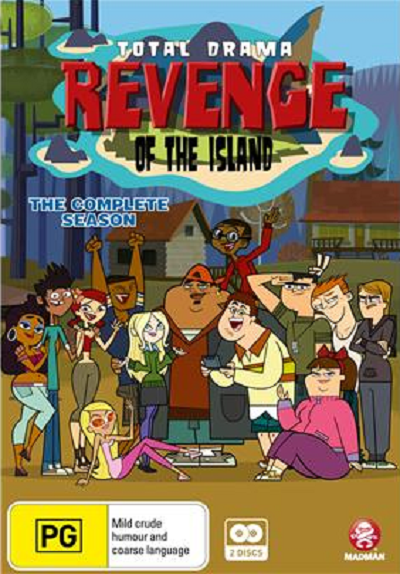 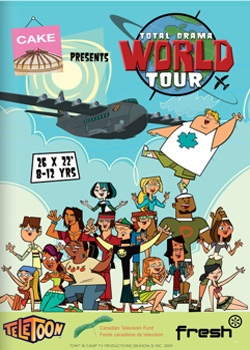 The campers arrive and learn that instead of chilling in a gorgeous mansion, they'll be spending the next eight weeks at dingy old Camp Wawanakwa.

The campers must jump off a high cliff into shark-infested waters, then carry a cartload of materials back to the campgrounds and build a hot tub.

The campers face off in an epic "awake-a-thon." Eva's raging temper causes the biggest drama when her Mp3 player is "stolen" and she freaks out.

The campers face off in a game of dodgeball. After losing two challenges in a row, The Killer Bass are the underdogs and do not expect to win.

In the most dramatic elimination competition yet, Chef Hatchet votes on which team has the most talent and which must send a player to the Loser Boat.

During an overnight camping trip into the woods, Izzy dons a bear costume to play a joke on her teammates but ends up attracting a real grizzly.

Each camper is forced to face his or her worst fear. Beth surprises all when she turns out to be one fearless cookie, and Gwen and Trent bond.

The campers participate in a three-part canoe race to scary Boney Island. A sliver in Geoff's finger sends the Bass into crisis mode.

The campers are split up into Deer and Hunters, and each team has to go out and bag as many of the other team's deer as possible.

The teams must make a three-course meal for judgment. The love you/hate you thing heats up between Duncan and Courtney. Geoff and Beth grow closer.

The campers are sent to an insane boot camp, Chef Hatchet style. The only rule -- they go until everyone drops out and one camper is left standing.

The campers are challenged to participate in an X-treme Sports Challenge that includes Sofa Bed Skydiving and Mechanical Moose Rodeo Riding.

The campers' challenge this week is to eat a nine-course meal of disgusting stuff. And Chris pits the guys against the girls in a Battle of the Sexes.

The teams are dissolved, and it's every camper for himself. Contestants must answer Camp Wawanakwa trivia questions or spin the Wheel of Misfortune.

The camp scallywags set out on ye olde "Scavenger Hunt for Treasure" challenge -- only they're actually hunting for the keys to the treasure chests.

The campers play hide-and-seek with ruthless Chef Hatchet as their seeker, combining his guerilla tactics, super soaker and hate-on for the campers.

The campers must not only race on a treacherous motor cross course but also build their own bicycles using supplies from the Arts & Crafts Lodge.

The campers watch a horror movie about an escaped chainsaw psycho killer who lives in the woods. And one by one, our campers start to disappear.

The campers are challenged to become Game Wardens and bag a beast in eight hours, armed with only nets, buckets, paper towels and a tranquilizer gun.

The teams are handcuffed together in a twisted version of a triathlon that includes force-feeding each other and creating a Totem Pole of Shame.

This episode offers a recap of the "Total Drama Island" season, as well as a look at the losers.

A torrential rainstorm washes away the cabins, and Duncan, Gwen and Heather wake up in the middle of Lake Leech with no idea where they are.

The campers wake up in the middle of the wilderness, and Sergeant Chef assigns a grueling mission: find base camp with only the sparsest of supplies.

In the semi-final round, Heather, Gwen and Owen must play a game of I Triple Dog Dare You, a twisted version of "spin the bottle meets truth or dare."

It's the finals, and there's a surprise in store for reigning champs Owen and Gwen: All their former teammates are back for the last challenge.

Fourteen of our Season 1 competitors are dumped at the gates of a dilapidated studio film lot where they'll be spending the next six weeks.

Fourteen cast mates embark on an epic search for alien eggs in our alien movie-themed challenge, while Chef, aka Mama Alien, tracks their every move.

After winning last week's challenge, Gwen and Trent find themselves with a "reward": They're forced to pick teams and compete against each other.

Trent and Gwen have made up after last week's challenge, at least initially, as the teams learn that this week's movie genre is the Teen Beach Flick.

During an epic heat wave, the contestants are thrust into a Western movie-themed challenge, complete with calf roping, against their will.

Geoff and Bridgette, our first two cast members ousted from this season's competition, welcome us to the Total Drama Action Aftermath show.

A rude awakening finds all the guys and girls locked in their trailers as prep for today's "Prison Movie Showdown."

The "campers" are thrown into med school and forced to cram all night for the medical drama challenge to follow.

When Chris dramatically drops in on the cast, complete with fake blood spatters, everyone realizes that it's time for the horror movie challenge.

The cast misses DJ's delicious cooking as they are tempted to lose their disgusting lunch on this week's disaster movie-themed challenges.

The Screaming Gaffers are falling apart at the seams, so when a war movie challenge is announced, they're not the most cohesive platoon in the world.

This week's bank heist challenge starts with the teams having to blow a safe and rescue either Owen or Leshawna from within.

Dig up the hatchets, everyone, because Courtney is back! Unfortunately for Courtney, it's caveman movie week, which means fur loincloths for everyone.

It's sports movie day on Total Drama Action. Every sports cliché in the book gets a good workout, along with the eight remaining cast members.

The seven remaining cast mates embark on this week's spy-movie themed challenge as the teams are merged. It's every girl and boy for themselves.

Chris swings in on a rope and announces that today is a day to be brave: Total Drama Action is paying homage to the superhero flick.

When Chris shows up with a glass combat boot, the contestants know it's time to bust open the conventions of a fairy tale movie.

And then there were five. ... The gloves are off and the magnifying glasses are out, as Chris declares this week the mystery movie challenge.

Strap on those air guitars! This is the week to rock 'n' roll! But first, the five remaining cast members learn they are soon to be six.

It's the girls vs. the boys as Chris declares this episode's kung fu challenge. Our host decrees Owen to be banished from today's competition.

The five remaining cast mates embark on a challenge that's out of this world in this week's outer space extravaganza.

Four remaining cast mates embark on this week's animal-buddy flick, forced to bond with creatures of the fur and feather variety.

A pirate-themed challenge finds Beth and Duncan racing through a series of shipboard obstacles before being launched out of a canon.

Beth and Duncan sit through an aftermath show that includes grilling from their cast-off teammates about some of the questionable choices they made.