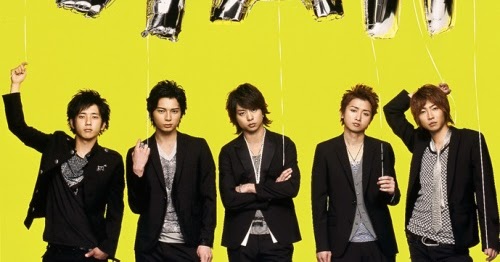 Love (stylized as LOVE) is the twelfth studio album of the Japanese boy band Arashi. The album was released on October 23, 2013 under their record label J Storm in two editions: a limited edition and a regular edition. The regular edition comes with a 32-page photo lyrics booklet, while the limited edition comes with a 60-page photo lyrics booklet and a bonus DVD with a music video for "P・A・R・A・D・O・X". The album sold over 670,000 copies in its first week and became the best-selling album of 2013 in Japan.[2] It was released digitally on February 7, 2020.[3][4]

The limited edition comes with a bonus music video for one of the new songs on the album, "P・A・R・A・D・O・X". The members of Arashi travelled to New York City to learn the choreography for this song, which was choreographed by JaQuel Knight. Arashi has not released a music video for an album song since 2011, when they released a video for "Mada Minu Sekai e" from the album Beautiful World.

A video explaining the steps for the dance to their new song, "FUNKY", was uploaded onto their agency's official website. Arashi encouraged fans to learn the steps so that they could all dance together during the concert.